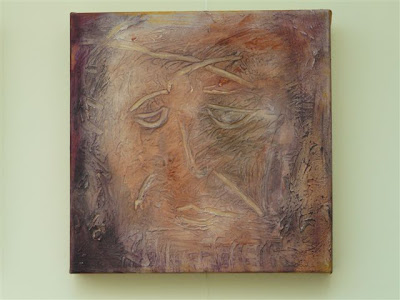 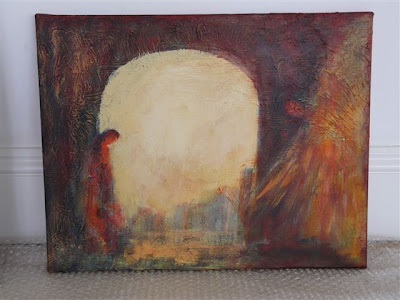 Annunciation in the City
Valerie Dean came back to England, in the summer of 2007, after living for 27 years in Belgium. There, she studied art for six years and had various exhibitions, in and around Brussels. On returning to England, she became involved in the Kent arts scene and exhibits, regularly, in the Francis Iles gallery, in Rochester. She has also taken part in the Canterbury Arts Festival and exhibitions in Whitstable.
She work in acrylics and her technique is usually to put materials and colours on canvas or board, to see what emerges. It is a dialogue between the artist and her materials. Because of her background, this often consists of figures around a religious theme. They just appear! Very often, people seem to want to appear in her paintings, a little like the pictures in the fire that she used to see in her childhood. At other times, she finds that buildings and places she knows inspire her.
Posted by Jonathan Evens at 13:33