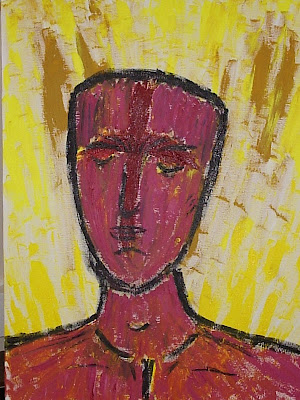 Mark of the Cross 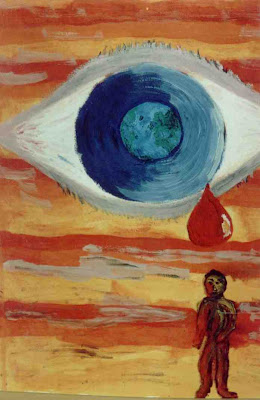 Jonathan Evens paints in a symbolic expressionist style and has facilitated the involvement of churches in a range of public art projects. His arts journalism has featured in publications including 'Art & Christianity' and 'The Church Times'. He is also a creative writer (meditations, poetry, short stories, and a blog) and the Vicar of St John the Evangelist Seven Kings. Jonathan is the Secretary of Commission for Mission.
Jonathan's paintings can be viewed on the Veritasse website by clicking here. More information about all of Jonathan's creative projects can be found on his blog at: http://joninbetween.blogspot.com/.
Each week he posts a new photograph in his 'Windows on the World' series on his blog. Past images from this series (each of which feature a foreground object framing a background view to suggest the way in which we each see the world from a specific perspective while also simultaneously perceiving something beyond) can be viewed by clicking on the photographs tab in the blog index.
Posted by Jonathan Evens at 10:07