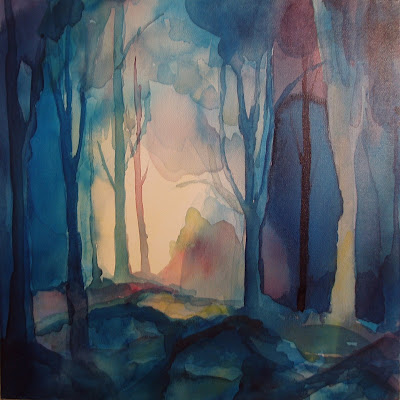 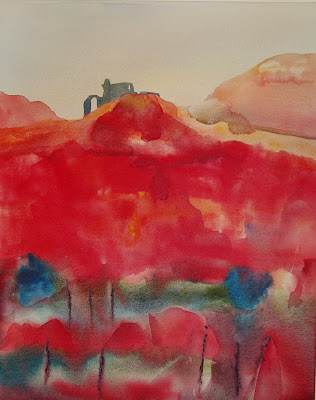 Destiny
Colin Joseph Burns works mainly in acrylics and paints landscapes and other works with a spiritual/Christian element.
Colin writes:
"Journeying into the unknown, a sense of adventure and discovery, hinting that there may be something more beyond the physical world than we can see - these are the themes that I am exploring in my work. I do this mainly through the depiction of landscape, both observed and imaginary. There may be a path leading into the distance which symbolises the idea of journey or there may be light coming from an unseen source drawing the viewer in almost as if entering a hidden, unseen world.

I aim is to convey these ideas not only by the representation of the subject matter but also by the creation of an atmosphere. It is hoped that the work has a certain presence which encourages the viewer ‘into’ the painting as it were. There is a sense that something is going on beneath the surface, behind the scenes

I paint in both oils and acrylics. My acrylic painting method is influenced by the landscape watercolours of artists such as Turner and traditional Chinese painters. Using acrylics in a very fluid way, I build up transparent layers allowing the underlying images to show through. I often start out with an idea but I take advantage of the natural tendency of the paint to produce unpredictable and surprising results as if the paint itself itself is exploring and going on a journey."

Colin is also administrator for the Arts Centre Group, has been playing guitar for over 30 years and teaches guitar in London. Having started out studying classical guitar and later electric guitar full time at college, he embraces various styles and brings them together in his original acoustic guitar compositions.
Posted by Jonathan Evens at 15:09