The value of public art 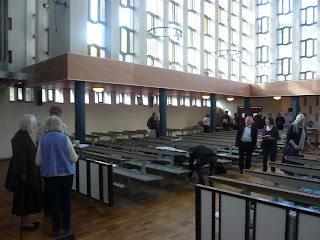 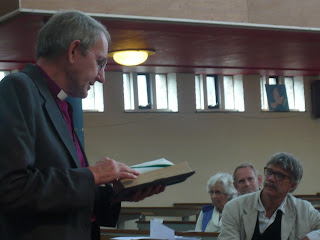 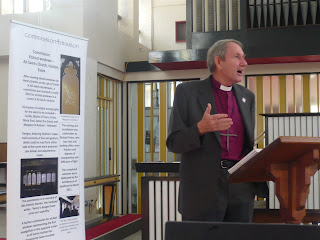 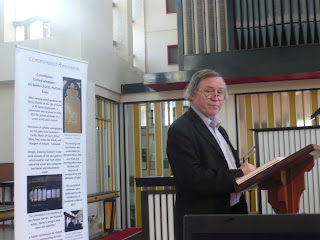 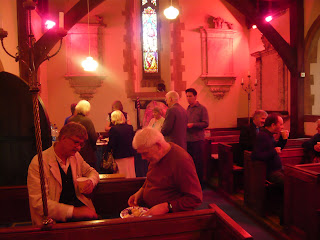 The value of public art was under discussion yesterday at St Paul's Harlow with delegates to a commission4mission study day touring the Gibberd Gallery and Harlow Town Centre sculptures as examples of good practice in public planning.

Those attending the study day, organised by commission4mission and supported by both Art and Christianity Enquiry and the Harlow Art Trust, heard from the Rt Revd David Hawkins, Bishop of Barking, and Benedict Read, Trustee of the Harlow Art Trust and Deputy Chairman of the Public Monuments and Sculpture Association.

Bishop David argued that our towns and cities are increasingly dominated by multi-national brands and images that overtake communities visually and commercially. Within this context, "Public art helps to create the identity of a place by providing a rallying point around which people can be formed, as well as providing an opportunity to look beyond the humdrum in order to live better lives with more inspiration."

In his presentation, Benedict Read summarised the history of public art in the West in order to set in context the outstanding collection of public art in Harlow: "In their context, Harlow's commissions placed an emphasis on restoring the social fabric. Sir Frederick Gibberd saw public sculpture as a sign of civilisation and much public art is about exploring what should be valued in society."

Delegates visited the Gibberd Gallery to see the current John Mills retrospective and the Frederick Gibberd Collection of British watercolours and drawings before taking a tour of the Town Centre sculptures. An art workshop for members of St Paul's Harlow was led by Dr Philip Jenson of Ridley Hall and commission4mission artist, Robert Enoch. The workshop was used to plan a freize for St Paul's Harlow telling the big story of the Bible to which the congregation and the wider community will be able to contribute in future. The day ended with a cream tea at St Mary's Little Parndon.

St Paul's Harlow is a key part of the artistic heritage of Harlow being a modernist church designed by Humphrys and Hurst which includes an impressive mosaic by John Piper, on the theme of the Emmaus Road. St Paul's is also, as a result, one of the churches which features in the Art Trail for the Barking Episcopal Area. Recognising the significance of the Arts to Harlow and wanting to contribute to the understanding and development of public art in the Town Centre were two of the reasons why St Paul's Harlow chose to host this study day and involve commission4mission in exploring new possibilities for artwork in the church building. A photographic display, which can still be seen at the church, had also been commissioned to show hidden aspects and unusual perspectives of the church building as part of stimulating thought and encouraging fresh thinking.

For more on the presentations at this study day click here and here.
Posted by Jonathan Evens at 15:50